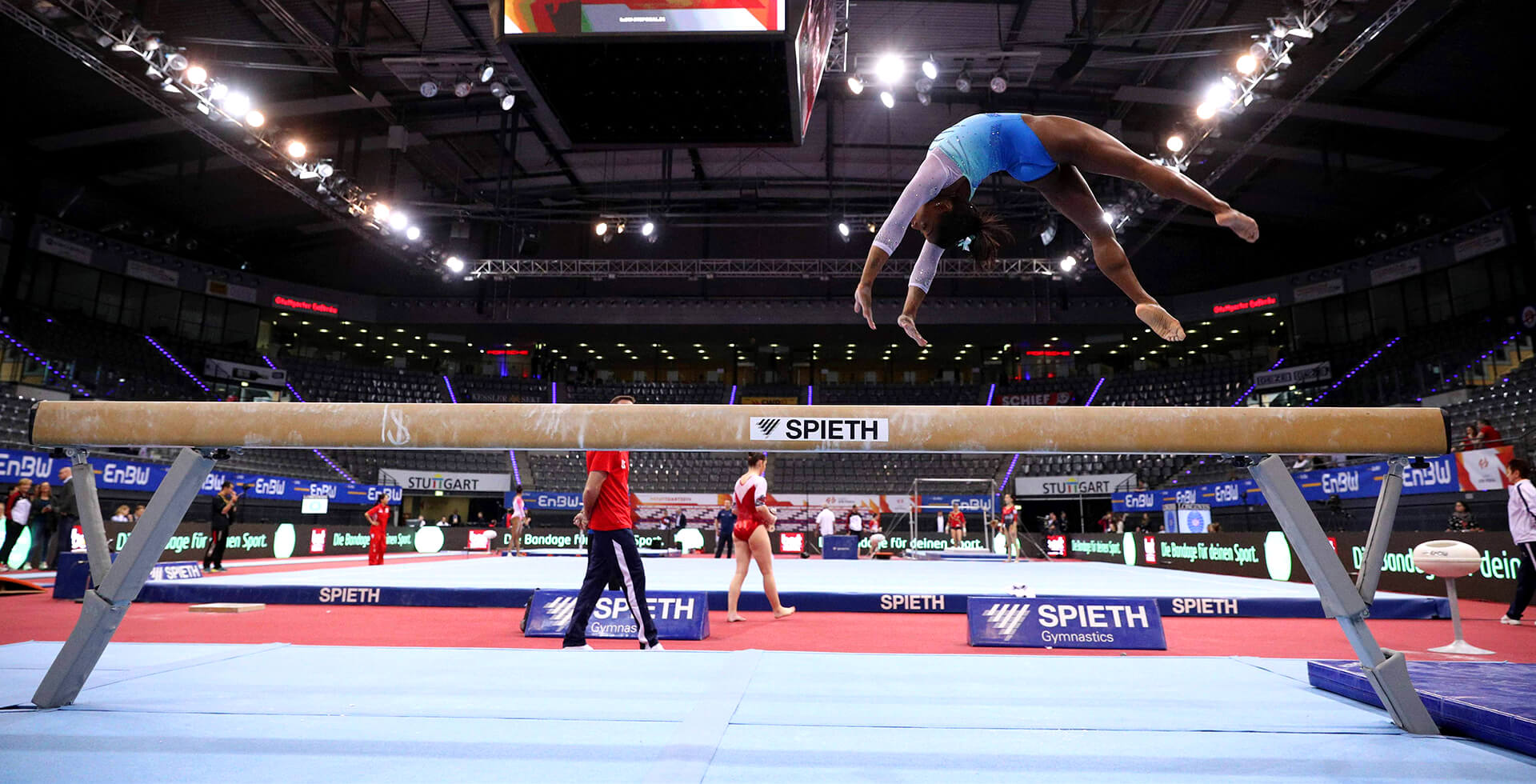 Born March 14, 1997, Simone Arianne Biles has boundless energy, natural strength and fierce determination, taking those God-given talents to become the greatest gymnast of all time. The 4-foot, 8-inch dynamo is the most decorated American gymnast in history, with 32 medals (19 of them gold) from the World Championship and seven medals (four gold) from the Olympics. She is also the first American woman to win seven national all-around titles and first female gymnast to earn three consecutive World All-Around titles. She is a three-time recipient of the Laureus World Sports Award for Sportswoman of the Year and has received widespread recognition, including TIME 100 Most Influential, Forbes 30 Under 30, Ebony Power 100, People Women Changing the World, USA Today 100 Women of the Century, and two-time Associated Press Female Athlete of the Year, among others.

Simone trains close to 35 hours a week at the World Champions Centre (WCC), a gym founded and owned by her parents Ron and Nellie in Spring, Texas, where she grew up with her sister Adria and brothers, Ron II and Adam.

Known for her infectious smile and engaging personality, Simone utilizes her platform to advocate for change and supports initiatives associated with adoption and child care. Besides gymnastics, her passions include reading, history, shopping and spending time with friends. 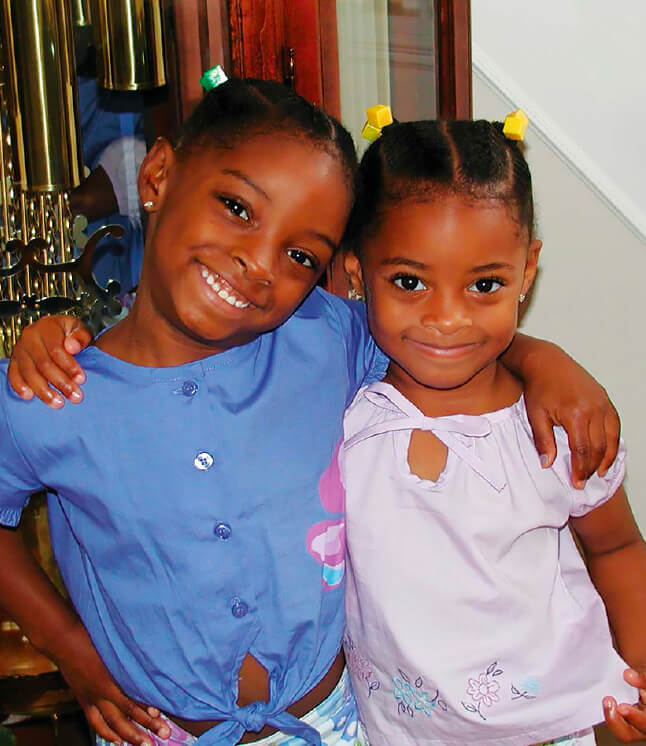 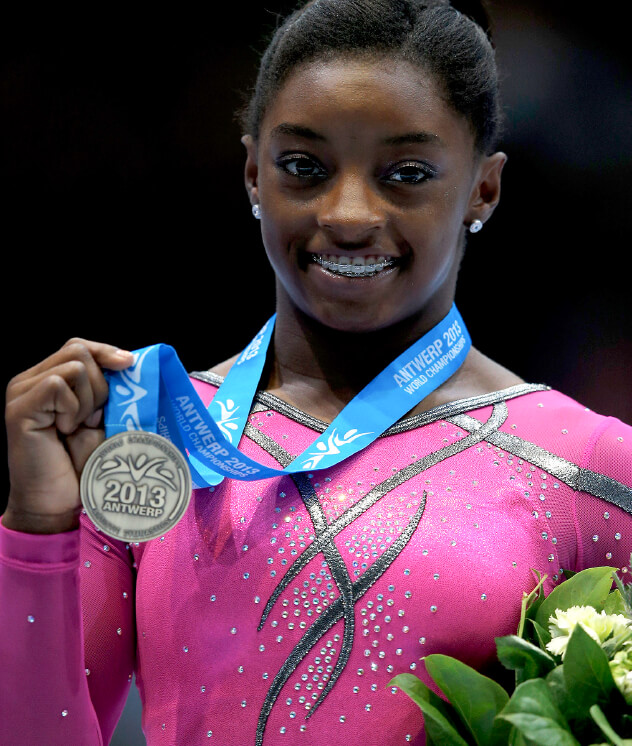 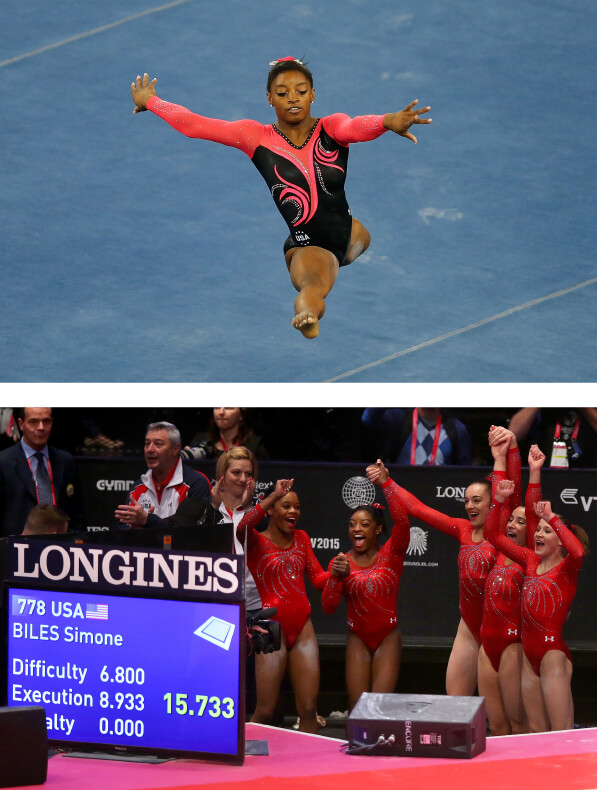 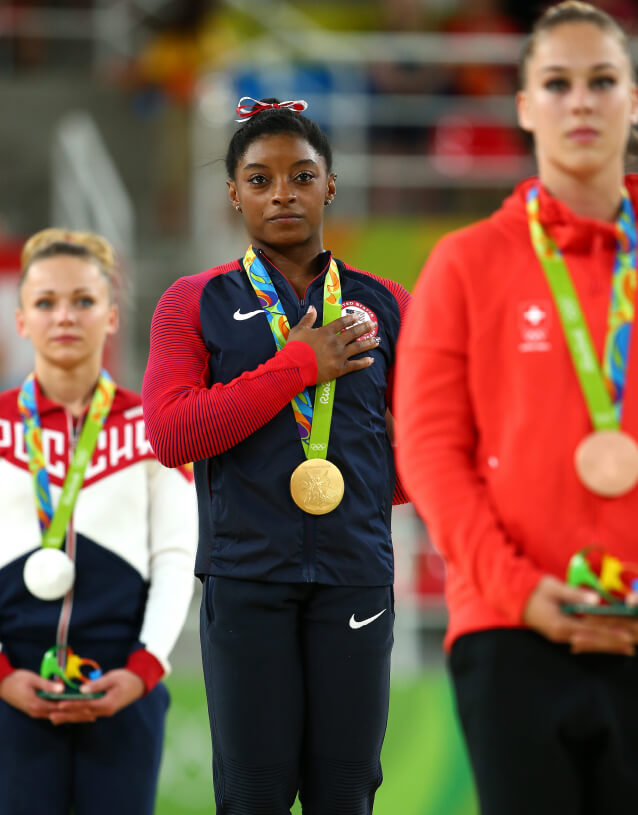 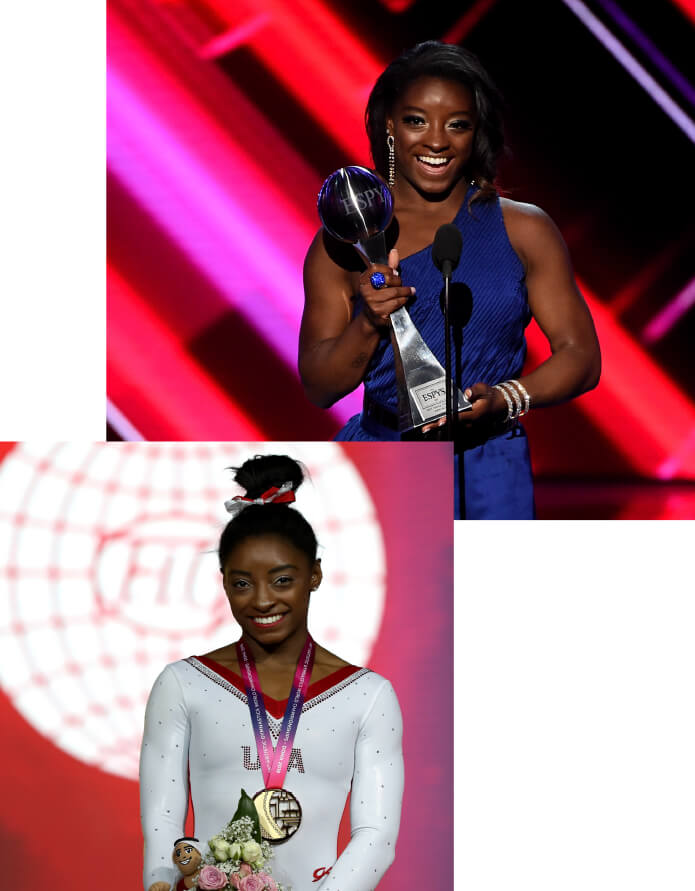 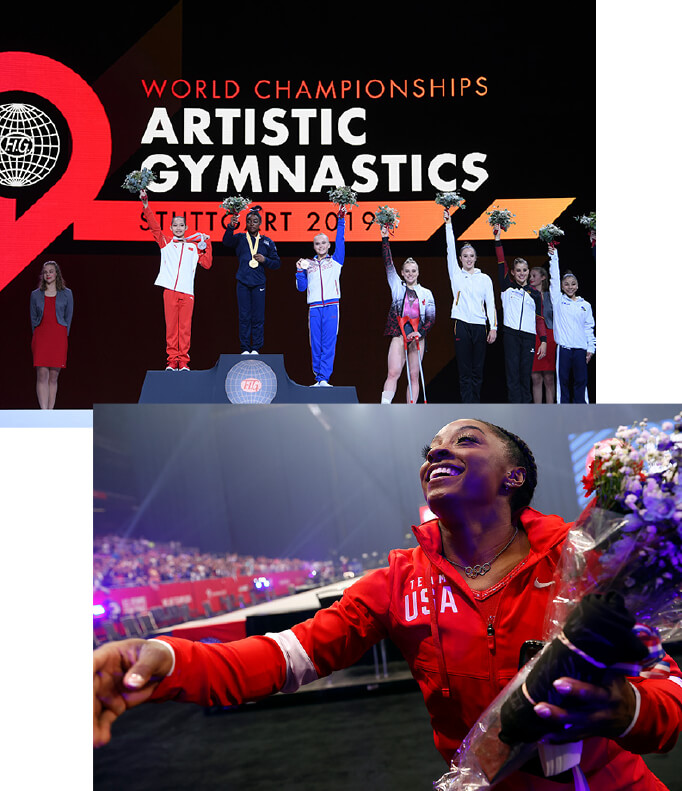 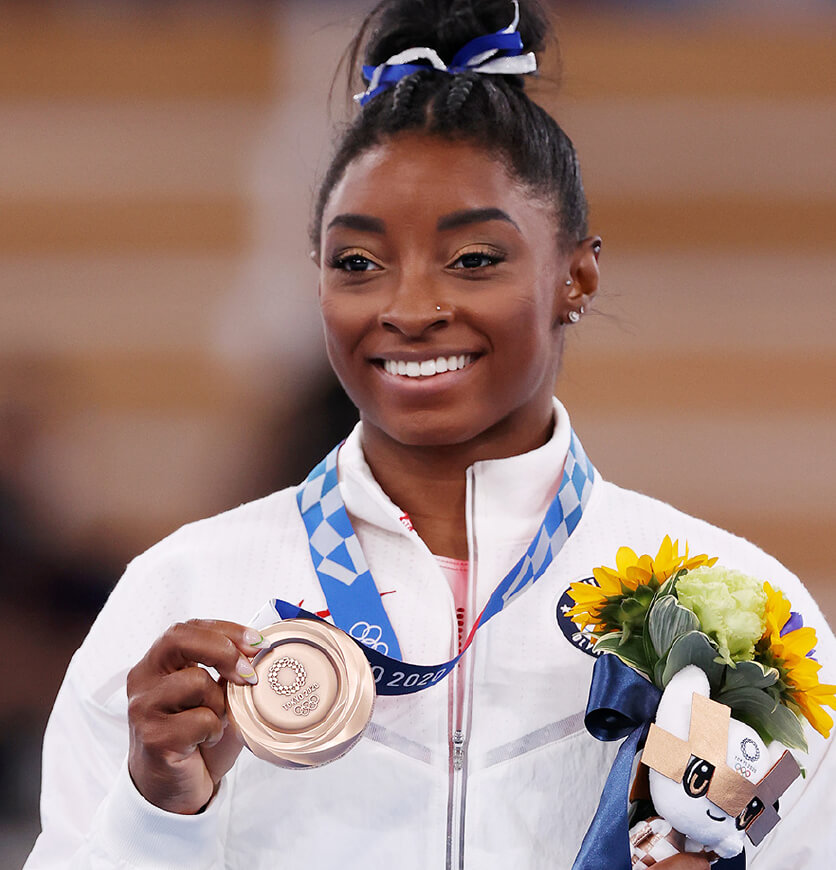